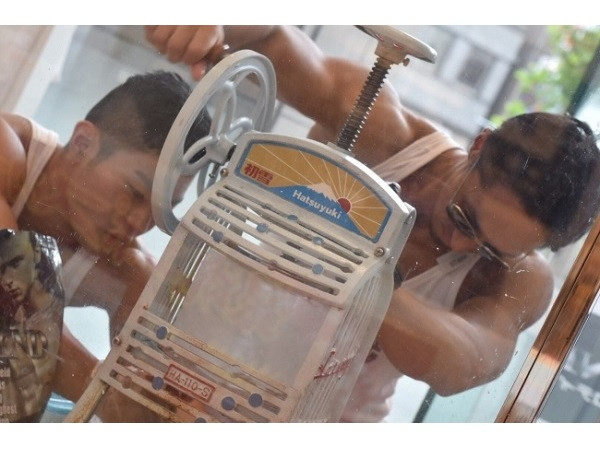 On the weekend of this summer, a special event "Macho Shaved Ice in Marui" is held which is “Macho29”, the macho boy entertainment group, providing shaved ice using their powerful muscle arms. 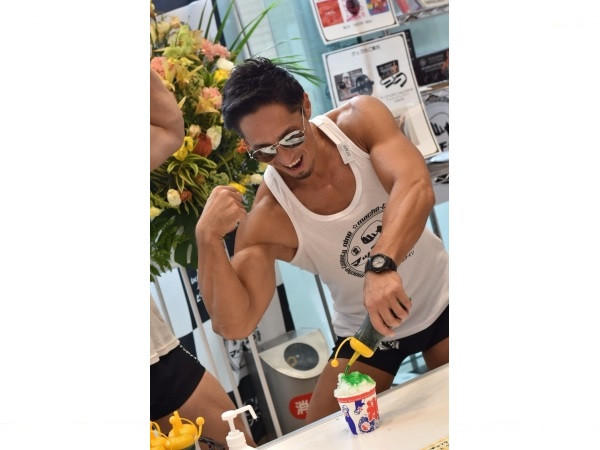 Apart from the shaved ice selling, Macho 29 goods are available such as T-shirts, tank tops, CDs and other items. So don’t miss them if you like Macho 29.