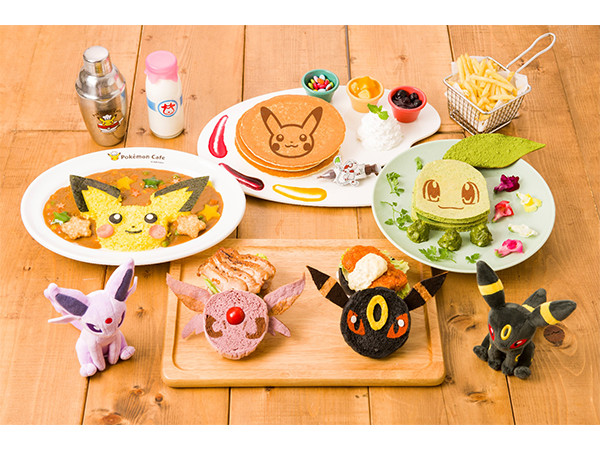 The Gameboy software "Pocket Monster Gold" and "Pocket Monster Silver" released in November 1999 is still very popular among fans which have many new discovery features such as many Pokemon appears that did not appear until then, and also, the Pokemons that appeared in previous figure before its evolution. 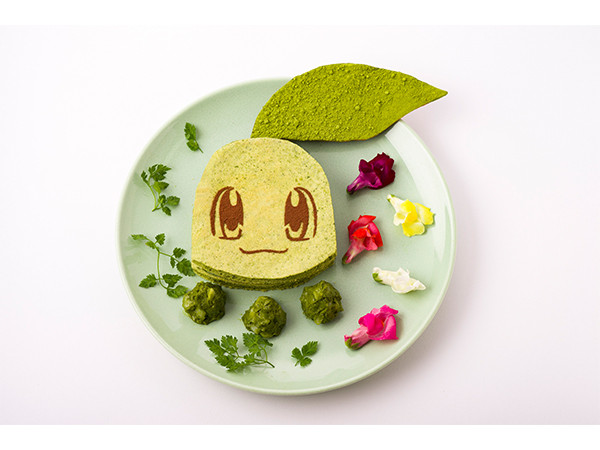 "Chikorita Green Pancake Sandwich" 1706 yen (tax included) is a pancake with spinach,  Prosciutto, potato and egg salad. That makes you full and happy. It will be available until July 19. 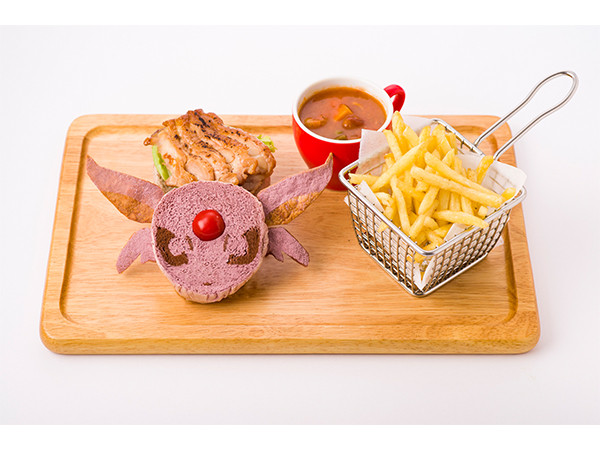 Effie theming "Effi's teriyaki chicken burger" 1598 yen (tax included) is available from 10:30 to 17:59 to match with Effie’s feature that only evolve in daytime. 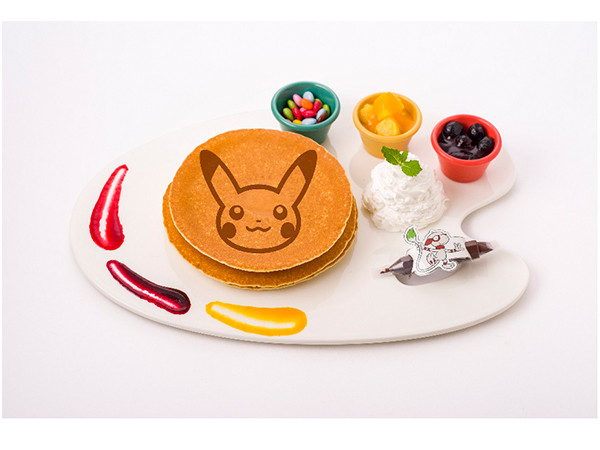 "Smeargle’s Drawing Pancake", 1490yen (tax excluded), pancake comes with chocolate pencil to draw picture on it, is appeared as a grand item.

Furthermore, when you order 1 drink, it comes with one "Pokemon Café Original Clear Coaster". The coaster has 6 patterns including rare secret pattern 6 types, and it comes with random. It is recommended that you make a reservation through the website before you go.