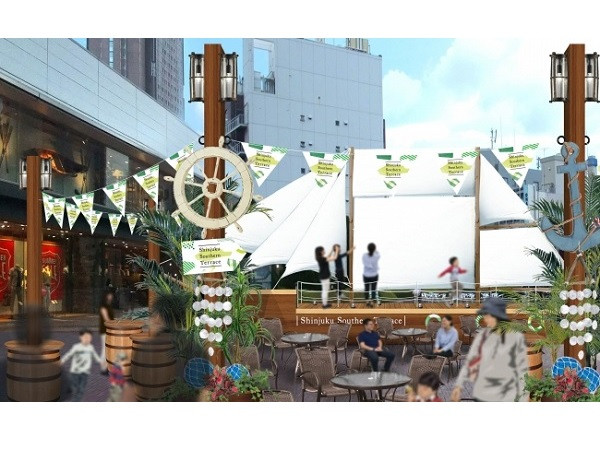 Shinjuku Southern Terrace at Shinjuku South has hold an event “SUMMER CRUISE 2018” since July 19 to August 31. A sailing ship has appeared in the square.

Shinjuku Southern Terrace is celebrating its 20th anniversary this year. A sailing boat, a symbol of Southern Terrace, attracts the lounge space that anyone can freely use during the period. 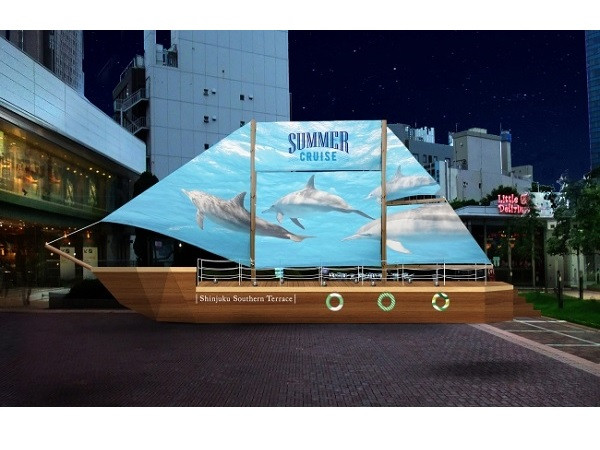 After the sunset of July 19 to August 2 except the free live event date, projection mapping will be carried out. Projected beautiful image of "the sail boat" is boost enhancing as if you are cruising on the ocean.

In addition, there are plenty of event contents such as appears of kitchen car, holding cinema event, distribution of mutual use coupons for Shinjuku Southern Terrace and· Flags.

Prior to this event, Thai and Vietnamese’s fusion cuisine restaurant "Ginger Glass Modern Thai Vietnamese" has been opened since July 14th on the 1st floor of Shinjuku Southern Terrace "Odakyu Southern Tower". The is the place where you can enjoy ethnic foods in sophisticated and sic atmosphere.

Shinjuku station South Exit gets attention high more and more since the opening of NEWoMan and Shinjuku Busta. Why do not you enjoy an adult summer night dating with a sailboat and modern Asian cuisine?