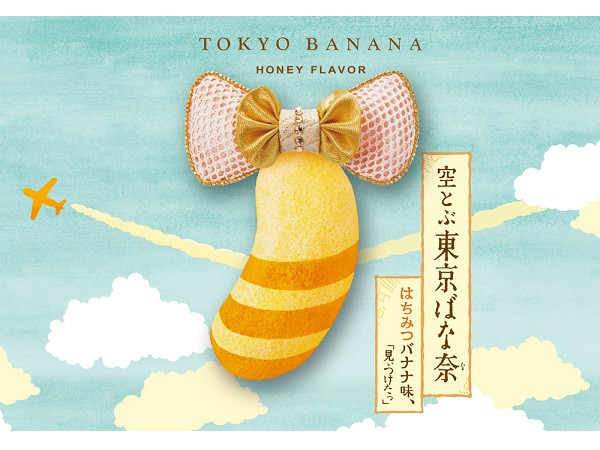 “TOKYO BANANA” which is famous for Tokyo’s souvenirs, released a new version. It is a great souvenir for returning home or travel. If you have the opportunity to go to Haneda airport, it is highly recommended.

"Fly in the sky" is the theme of this sweet which is available only at Haneda airport. It is assumed than many people will buy this item from Haneda and fly away with it.

The flavor is “Banana Honey” which influenced by flying airplanes and bees. The sponge cake is baked as border color which is imaged "Honey bee", and mild honey banana flavored custard cream is inside.

The second version will be released on the 1st of September after this "Flying Tokyo Banana, Banana Honey flavor Mitsuketa”. Also, its great to see what fun "Tokyo Banana" has next.

Please take "Flying Tokyo Banana, Banana Honey flavor Mitsuketa” into to the sky together with you as a Haneda Airport first souvenir anniversary.